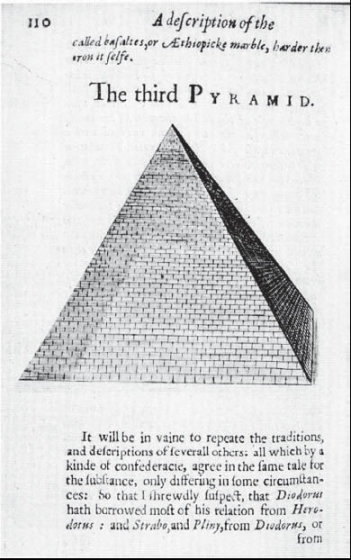 Shroud of Turin: The Story behind the Photograph of
the Risen Christ

BRIGHTER THAN THE SUN - PHOTOGRAPHIC EVIDENCE OF HUMAN TRANSFIGURATION 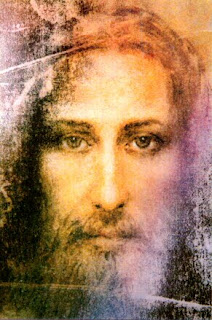 This story describes how a very special photograph of the Risen Christ was manifested by Sri Sathya Sai Baba for a visitor to one of his ashrams known as Prasanthi Nilayam - which means the Abode of Peace - in Puttaparti, India, in 1985. I relay the details to you as they were conveyed to me by Barbara McAlley, a friend who I met 'quite by chance' amongst a throng of people at Bombay airport in July 1987.

We established an immediate rapport, both being English, although she had been living in New Zealand for the past twenty years. When Barbara first showed me this wondrous photograph of the Risen Christ in our hotel room in Bombay, I couldn't wait to hear her story of how it had come into being, knowing it was more than just a coincidence that we had met. Barbara had been a devotee of Sathya Sai Baba, who many people feel is the Avatar of this Age, for a number of years. Now she was just returning from her second visit to see him. She was carrying this photograph of the Risen Christ with her not only because it had originated in Puttaparti in the first place but also because she always took the picture with her when she travelled. In 1985 Barbara had gone to Puttaparti with a friend from New Zealand. Her friends who at the time was very much caught up with all the suffering of Christ, had with her two items which she hoped Sai Baba would bless for her - a crucifix and a black and white photograph of a computer printout of the image of Christ taken from the Turin Shroud. Daily they had attended darshan, a Sanskrit word meaning the devotional seeing and gazing upon (as a blessing) of the Master, in order that they might sit at the feet of their Lord.


On one such occasion Sai Baba stopped in front of them and looked at the items that Barbara's friend held out to him for a blessing. However he refused to accept the crucifix. When will we Christians take Christ off the cross and place him in his proper context? It has been said of the cross at another time, "Let the longer piece of the cross represent God's Will and the shorter piece your will. If you lay the two pieces side by side, parallel to each other, there is no cross. It is only when your will conflicts with God's will, when you cannot say Thy Will be done, O Lord, that the cross is created. If your will acquiesces with God's will, there is no cross. The way to take down the cross: therefore, is always to accept gladly and lovingly whatever trial, pain or loss God sends and surrender your ego". Then, as Sai Baba focussed his attention on her friend's photograph of Christ, Barbara watched spellbound as with a lift and a wave of his hand Sai Baba drew from that photograph of the Turin Shroud the black and white image of Christ until there was nothing left but a blank sheet of gloss paper. Then, in the same manner, he created on that blank sheet (just as if it were in a developing tray in a darkroom) the colour image of the Risen Christ as you see it today. This image has eyes so full of love and compassion that they comfort and touch you on a deep inner level when you come into its range of vision. Then, with a blessing for the two women from New Zealand, Sai Baba went on his way, knowing full well that life would never be the same for them again! This seems to be the case for all those who have visited Sai Baba, including myself.

Barbara has commented that if she does nothing more with her life than pass on copies of this photograph, she will be well satisfied! She has also said that this experience with Sai Baba has proved to be an encouragement for her to go on and achieve things which she had previously thought to be quite impossible. Although I did not choose to create an opportunity to see this photograph of the Risen Christ or to meet Barbara when we were together at the ashram, it would seem that it was 'arranged' by Sai Baba that we should meet shortly afterwards in that crowded airport in Bombay in order that I might be instrumental in distributing this very special photograph in Europe and America and in various other countries around the world.

Barbara said, during our first conversation in the hotel, that it was apparent to her that Sai Baba wanted me to have the photograph and to take it hack to England. Apparently I had ignored the invitation whilst staying at his ashram, and so the photograph had to be placed before me in such a fashion that I could not ignore it! It was a case of when Mohammed won't come to the mountain, then the mountain has to come to Mohammed. Barbara and I continue to keep in touch with each other's progress and we are both very much aware of how close we are, not only to each other, but to the Source.

(The above is a summary of several pages of notes given to us by Carol Bruce which describe her experiences with Sai Baba. We have summarised them into this one page so that those who purchase a copy of the photograph of the Risen Christ may know a little about its history.)
Blog writer's comment
I could not stop myself from posting this article published in World Mysteries-Strange artifacts without the permission of the author. Praying for Speedy recovery of Shri Satyasai Baba's health.
Posted by PYRAMID3 at 11:27 PM